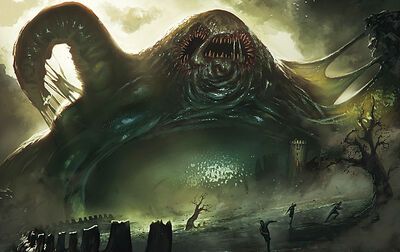 Summoning Abomination, Ancient Slime can be done by level 340 or higher character either using 2 Mysterious Slimes

or 50 energy. Summoning is available both on Summon Monster page under Level 300+ tab and on Alchemy Summons page.

Abomination has four different areas that can be attacked, each with its own health and resistance:

When Earth Slime is defeated, the player has a chance to find a

When Water Slime is defeated, the player has a chance to find a

Abomination's Main1 and Main2 have Divine Armor. This armor requires 340 Divine Power to get full damage, and blocks a maximum of 30% with no Divine Power, degrading by 0.09% for each point of Divine Power you have. 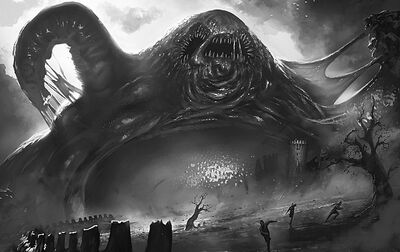 You can check the loot drop rates on this chart: Abomination, Ancient Slime loot drop rates.
Warning: These charts are based on a relatively small dataset and the numbers might be off.