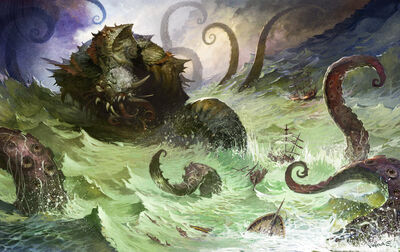 Alpha Kraken can be summoned on the Alchemy Summons page if you have 8 of each:

Eye of the Kraken, which comes from Atlantis II and are at least level 185.

Alpha Kraken has a divine armor which blocks 45% of damage per attack. It deteriorates at a rate of 0.16% per 1 divine power. It will take at least 275 divine power to nullify it completely.
See Divine Item for more info.

While fighting Alpha Kraken, there are 5 siege weapons that can be launched to deal extra damage.
All Siege Weapons hit Alpha Kraken and are unaffected by blocks and resistances.
*Alpha Kraken has 665,000,000 HP 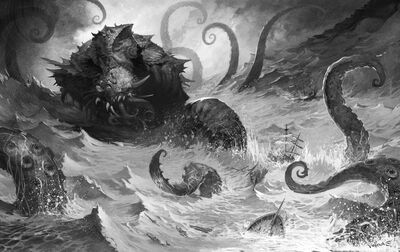 Retrieved from "https://castleage.fandom.com/wiki/Alpha_Kraken?oldid=80539"
Community content is available under CC-BY-SA unless otherwise noted.