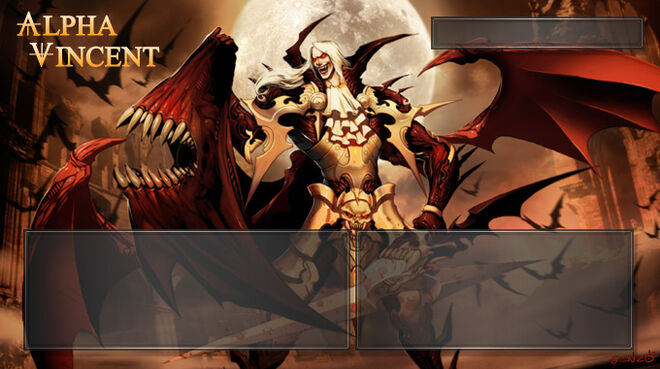 Alpha Vincent can be summoned by spending 400 energy on the Guild Monster page. Guild members contribute 20 energy per click. Each energy contribution also rewards gold and experience points to the player pitching in energy to summon.

You have 168 hours to defeat Alpha Vincent's Army before they flee.

Damaging Alpha Vincent and his minions seems to be similar to that of stamina based monsters. High attacking power will dictate the winner of the duels but the damage inflicted doesn't reflect the actual attack power of the player. Alpha Vincent has a defensive might of 410. While his minions are much lower. The defensive might is still some what level based. A Mage with an offensive polymorph might of 410 can polymorph with 100% rate at less than level 130ish. But can not do a direct attack with 140 offensive might consistently yet.

Actually your stats only help determine whether you'll win your duels, as in a conventional guild battle. Damage/Stamina ratio is the same for everyone regardless of stats. The only damage modifiers applied come from the Rogue ability (+100/stamina), and certain generals: Deianira (+200/stamina (at level 4?)) or Deshara (+40/stamina if rogue as class), Gabrielle, Trundle, and probably other bonus damage generals? Mage class ability also carries into the Vincent battles. Mage class level 1 offers +120 damage to all monsters on same tier. Using Ephraline level 4 (class level, +damage +2 to all on same tier) other Generals abilities will vary.

While fighting Alpha Vincent, there are 7 siege weapons that can be launched to deal extra damage.
All Siege Weapons hit Alpha Vincent and are unaffected by blocks and resistances.
*Alpha Vincent has 2,923,600 HP

Based on this spreadsheet.

Retrieved from "https://castleage.fandom.com/wiki/Alpha_Vincent?oldid=81828"
Community content is available under CC-BY-SA unless otherwise noted.