Chromus can be summoned on the Alchemy Summons page if you have 50 energy on hand and are at least level 450.

Chromus has two different areas that can be attacked, each with its own health and resistance:

Decay starts at -5.0 per second, and decreases with successful attacks with a balanced general.

Chromus uses the Stance combat system where players have the opportunity to gain bonuses by attacking all at once. When attacking, if a player's equipped Alliance Stance exceeds the monster's stance difficulty rating, the monster battle will receive points equal to the amount of stamina used.

Your equipped hero type determines the benefit type and the hero stance power is determined by the sum of the hero level and same type heroes in alliance with him.

Defensive alliances increase the critical stance bar which gives a flat percentage increase to the chance to get a critical hit. Offensive alliances increase the damage bar and the damage done by every attack. Balanced alliances reduce the rate at which the critical and damage bars decay. Damage added through these bars does not count towards the minimum threshold to receive rewards. A player's total damage towards loot can be observed as their Contribution total.

The Critical stance bar and Damage bar give static percentages once certain amounts are reached, as noted in the table below. When one level is filled, the next level starts from zero, and the corresponding bonus is activated for thirty minutes or until the current level goes below zero points. When the bonus expires, the bar starts from level zero. If the player's equipped stance is greater than the difficulty rating, the amount of stamina used is added to the corresponding bar.

While fighting Chromus, there are 5 siege weapons that can be launched to deal extra damage.
All Siege Weapons hit Chromus and are unaffected by blocks and resistances.
*Chromus has 3,000,000,000 HP 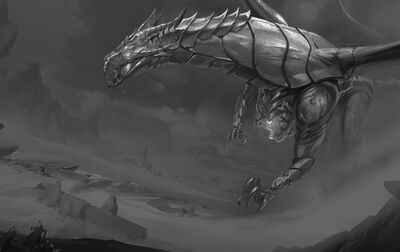 Retrieved from "https://castleage.fandom.com/wiki/Chromus?oldid=86731"
Community content is available under CC-BY-SA unless otherwise noted.