This article is about the monster. For the hero, see Stone Guardian 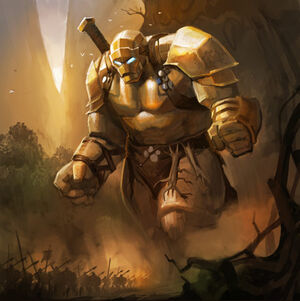 This monster has different names depending the place where it is mentioned: Colossus of Terra, (when using summoning orb), Stone Guardian, Colossus (Summon Monster tab) or Colossus, Stone Guardian (when you are fightning it). It was the fifth monster ever made available to fight. He can be summoned on the Alchemy Summons page if you have a Colossal Orb which comes from the special mission in the Land of Earth, Gift of Earth and are at least level 13.

You have 72 hours to complete the battle before he escapes.

Participants: up to 15 people total 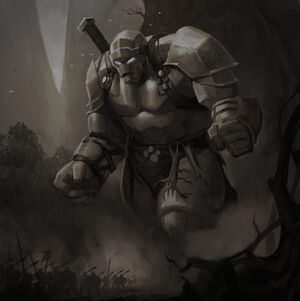 Retrieved from "https://castleage.fandom.com/wiki/Colossus_of_Terra?oldid=77621"
Community content is available under CC-BY-SA unless otherwise noted.