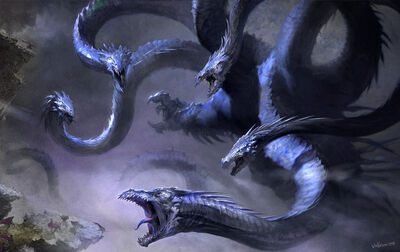 Cronus of Ice can be summoned on the Alchemy Summons page if you have 25 energy and are at least level 275.

Cronus of Ice has 600 Million health. Up to 110 people total may participate in the battle. Of these participants, only a set number can participate based on that player's level at the time of joining the battle.

While fighting Cronus of Ice, there are 5 siege weapons that can be launched to deal extra damage.
All Siege Weapons hit Cronus of Ice and are unaffected by blocks and resistances.
*Cronus of Ice has 600,000,000 HP 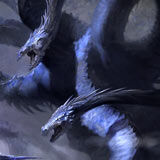 "ROOOOOOAAAAAAAARRRRRRRRR!" the final hydra head roars as your blade pierces the soft underside of its neck. Cronus writhes in pain and starts to quiver. Cronus's head starts to waver back and forth as it struggles to maintain upright. You gather strength in your tired legs and step back as you fear Cronus might collapse directly onto you. Suddenly Cronus's eyes roll back into the back of its head. The massive body crashes to the ground and creates a thunderous roar that sends shockwaves through the earth.

Cronus lies motionless. It's finally dead! You and your army rejoice. It was a long battle and many good soldiers were lost but the threat is over. VICTORY!

Rewards While Fighting Cronus of Ice

Rewards After Slaying Cronus of Ice

Loot Damage Threshold (To be confirmed)

Retrieved from "https://castleage.fandom.com/wiki/Cronus_of_Ice?oldid=82577"
Community content is available under CC-BY-SA unless otherwise noted.