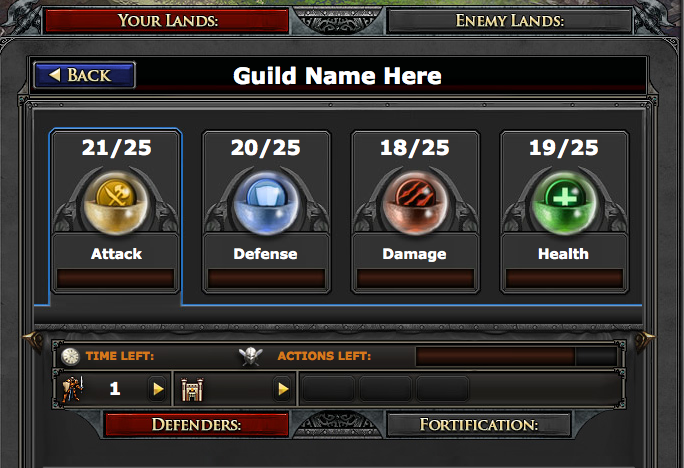 Land of Earth is a realm in Guild Conquest based upon attacking and defending castles in order to gain rewards, including Guild XP and Essences for guild silos.

Land of Earth is unlocked when a guild reaches conquest level 5. Each guild is given one castle to defend. Each castle has four towers, one for each type of Essence. Each tower can be garrisoned by up to 25 players. Players may assign themselves to a tower, or a guild officer can assign other players to a gate, but players will not be defending by default.

Each tower comprises a separate instance of a battle (similar to separate Land of Mist lands), and can be tagged separately when attacking. All towers share a 24-hour timer when battle is started, while each tower has its own separate 1000 action limit.

All castles are persistent, and will remain with the guild forever, whether or not there are members, or even if a defense is lost.

On Tuesdays, Wednesdays, and Thursdays, players who spend tokens (either attacking or defending) in Land of Earth will have a chance to earn Blue Evolution crystals, with the specific percent chance varying based on guild level.

When a guild reaches level 5 for the first time, its castle is initially put into a protected state for 24 hours. After leaving protection, it will be in a vulnerable state, where other guilds can attack the castle and start wars, which last for 24 hours. When defending, players will have their maximum health multiplied by 30*. After the 24 hours pass (even if all four towers are defeated before that time), the castle will be put into a protected state for 24 hours to allow the defenders to regroup.

While defending, several skills can be used to earn Guardian points. These skills can only be used on players and fortifications in the same tower as the player using the skill; healing across towers is not possible. Skills must be equipped at the time war is declared to be used, and switching skills (or class) mid-battle is not possible. If the person taking the action can win a reverse duel against the player they are defending, they will receive Guardian Points that unlock items in the Conquest Path Shop. Actions taken against yourself have a 50% success rate, and Piercing and Resistance are not taken into account in any reverse duel calculations.

When defending, each gate that is tagged and successfully defended will gain the defenders 50 guild XP. Should all defenders in a tower be stunned, and the tower's crystal destroyed, the defending guild will lose 40 guild xp. These amounts will not change, regardless of how many guilds are part of the attack.

Fortifications are constructed and leveled up using player resources. Players can spend 30 energy, 1 iron, one wood, and 200 of the specific essence type from their guild's silo to increase completion of the tower. The maximum level of a fortification is limited by the maximum level of the corresponding silo in the Trade Market.

Each tower has a fortification that can be constructed using energy, which counts as a unique defender (unaffected by the 25 limit). Fortifications have health based off of the total health of all guild members. Using 250 defensive actions in one defense period will allow a guild officer to launch the fortification's special ability, which uses up 20,000 essence from that tower's silo, and buffs defenders significantly. Fortifications can be launched multiple times per defense, so long as the 250 action bar is filled each time and there is at least 20,000 essence in that tower's silo each time.

Regardless of level, the amount of health that a fortification receives is based on the health of all members of the guild. In particular, before the 30x multiplier, it is equal to 10 times the average health of all guild members, rounded down.

it appears that the maximum fortification level may be 23, after that you receive a message that "this fortification is already at max capacity!" and you can no longer fortify that tower. 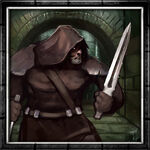 This power will last for the next 250 incoming attacks against player defenders. Attacking the structure will not decrement the effects remaining counter.

When a player has the Spartacus effect applied to them, they will appear with a Spartan Warrior avatar, and have an illusion-like symbol (

) applied to them, as shown below: 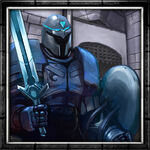 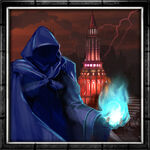 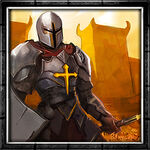 To attack offensively in Land of Earth, an officer must first tag another guild's castle. There are two choices for this: either attacking a vulnerable castle, or attacking a castle with a war in progress. When an officer starts a war from a vulnerable castle, essence will be taken from that each of that guild's silos as an entry fee, in an amount dependent on the guild's level. A level 5-11 guild will use 400 essence from each silo, and will tag one specific tower, while a level 12-24 guild will use 3000 from each, and will not be asked to start in a specific tower.

When tagging into a battle that is already in progress, the essence cost remains the same, but the amount of activity needed to get guild XP will be higher. Lands that have been attacked by a guild will be labeled with a purple symbol (

) on the list of lands. Lands that are already in batte will provide additional guilds only with what time remains from the initial guild that started the battle.

Before guild members can hit in any tower, an officer must hit an enemy in that gate (tag) to allow other guild members to hit that tower. For levels 5-11, one land is tagged, however it can still not be hit by others until an officer hits in that tower. Tagging a tower is marked with this symbol (

) which denotes that it is tagged.

Each tower is a separate battle (though they all share the same timer), and each tower must be tagged separately before it can be hit.

Each tower has a 1000 action limit for attackers to conquer the land; should that limit be reached, the land will no longer be attackable and will be retained by the defending guild. Non-damaging guild powers, like Polymorph and Confuse do not count against this action limit, but damaging powers like Whirlwind and Poison do. Attackers can freely switch between classes, allowing them the opportunity to use greater strategy, like poisoning an opponent before hitting with Whirlwind, or Polymorphing an opponent before attacking them.

Each action taken on a land costs one Conquest Token, and if victorious can yield up to 3 Lumber, up to 2 Iron, 1 Conquest Experience, and 1 player experience.

When all defenders and structures are stunned, the tower's crystal will be exposed, which requires 10 clicks to win the war and claim the rewards for winning.

Actions that don't involve an increase in a player's attack power or an automatic win have the opportunity to grant the player Conqueror Points. This includes basic attacks for all classes, Whirlwind, Poison and Wound/Lacerate. Confuse and Polymorph will not give the attacker Conqueror points, as these skills boost the attack power of the player that casts them, nor will attacking a player that has been polymorphed give points, as it is a free win.

Not all guilds above level 5 can see each other in Land of Earth. Much like Land of Mist, castles are bracketed in groups of levels, to avoid large clashes in guild strength.

Guilds attacking an opponent's castle can earn up to a maximum of 50 xp per tower that is destroyed, along with a small portion of essence, at the risk of 40 xp if the tower survives. As many guilds can attack a single tower, points are distributed according to ranking on the Damage Leaderboard. While the precise mechanism for determining how xp is split isn't known at this time, it is primarily based on damage done. Note that the damage leaderboard only uses damage to the main target in its calculations - any residual damage to the tower from a mage's passive splash ability and from a warrior's Whirlwind cleave is not included. In addition, the guild that initiates a war receives a bonus of sorts to their portion, so any other guilds seeking XP will need to pass that guild's damage by a significant amount to receive a larger share of the xp.

When attacking a tower that has no defenders (that has its crystal immediately exposed), normally the attacking guild will not receive any xp. However, if an empty tower is the first tower tagged (when initiating the first attack on a vulnerable land), the attacking guild will have the chance to earn 50 xp for that tower (and that tower only) by destroying the crystal. Any other empty towers that are destroyed will not give guild XP.

Retrieved from "https://castleage.fandom.com/wiki/Guild_Conquest/Land_of_Earth?oldid=84168"
Community content is available under CC-BY-SA unless otherwise noted.