This article is about the monster. For the hero, see Kull (hero) 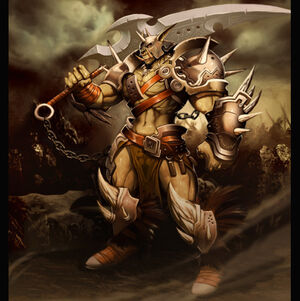 Kull, the Orc Captain is the first monster encountered in the game. He is part of the beginners tutorial when first playing Castle Age. He is available upon reaching level 5 and can be fought until level 10. Up to 10 people can attack.

You have 72 hours to kill Kull before he escapes.

There are no Siege Weapons available when fighting Kull, the Orc Captain.

Retrieved from "https://castleage.fandom.com/wiki/Kull,_the_Orc_Captain?oldid=83719"
Community content is available under CC-BY-SA unless otherwise noted.