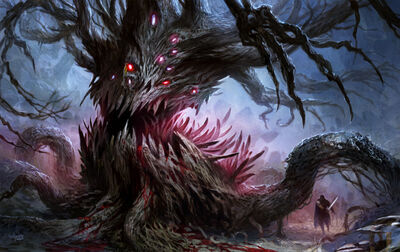 Lothorewyn, the Corrupted can be summoned on the Alchemy Summons page if you have an Orb of Lothoreywn

Updated 2019-07. Use this text string to post DMG needed in monster chat:

Participants: up to 170 people total, with the following distribution:

Lothorewyn has four different areas that can be attacked, each with its own health and resistance :

These minions will reduce damage done to other parts of the monster up to 20%. The less life they have, the less damage they will prevent. Damage done to this minions is not recorded (doesn't count towards loot). You can't get more than one Treant at the time. 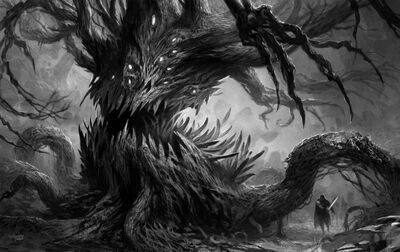 Retrieved from "https://castleage.fandom.com/wiki/Lothorewyn,_the_Corrupted?oldid=85811"
Community content is available under CC-BY-SA unless otherwise noted.