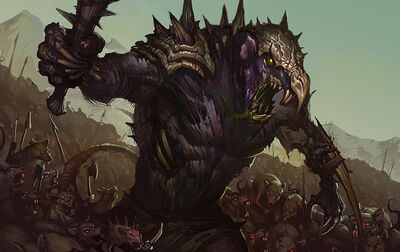 Ogrimus, Death Rat Horde can be summoned on the Alchemy Summons page if you have 50 energy on hand, and are at least level 450.

Ogrimus, Death Rat Horde has two different areas that can be attacked, each with its own health and resistance:

All parts of Ogrimus, Death Rat Horde have Divine Armor. This armor requires 760 Divine Power to get full damage, and blocks a maximum of 35% with no Divine Power, degrading by .046% for each point of Divine Power you have.

While fighting Ogrimus, there are 5 siege weapons that can be launched to deal extra damage.
All Siege Weapons hit Ogrimus's Ogrimus and are unaffected by blocks and resistances.
*Ogrimus's Ogrimus has 950,000,000 HP 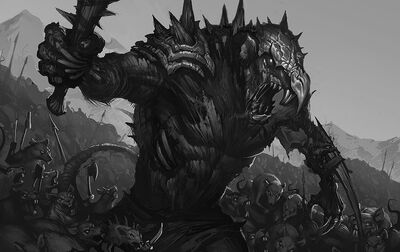 Retrieved from "https://castleage.fandom.com/wiki/Ogrimus,_Death_Rat_Horde?oldid=84146"
Community content is available under CC-BY-SA unless otherwise noted.