This article is about the monster. For the hero, see Sylvana (hero) 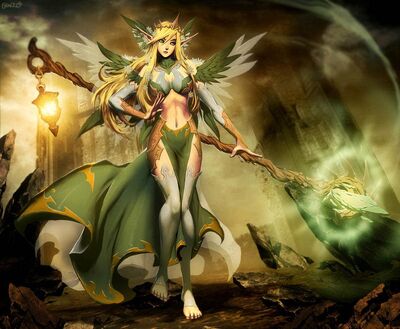 Sylvanas, the Sorceress Queen (also referred to as Sylvana and Sylvanus) was the seventh monster ever made available to fight. She can be summoned on the Alchemy Summons page if you have a Sylvanas Orb which comes from the special mission in the Land of Mist, Eye of the Storm.

You have 48 hours to complete the battle before she escapes.

Participants: up to 20 people total

While fighting Sylvanas, there is 1 siege weapon that can be launched to deal extra damage.
All Siege Weapons hit Sylvanas and are unaffected by blocks and resistances.
*Sylvanas has 1,200,000 HP 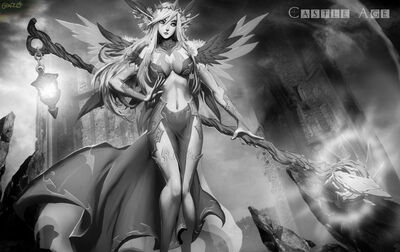 Retrieved from "https://castleage.fandom.com/wiki/Sylvanas,_the_Sorceress_Queen?oldid=85773"
Community content is available under CC-BY-SA unless otherwise noted.