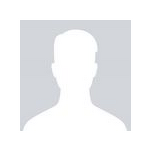 As content was added, I fell in love with the story and different strategies needed. I began playing every other day instead of once or twice a week. Once the first Arena came around - oh boy!

Currently, my FTP avatar's build is still considered a Dinosaur Build (high Skill Points per level, lower level). I find it amusing and satisfying to hit higher level avatars in Guild Battles and acquiring those 240 point hits. I also like using Polymorph to help out guild mates.

Goals for my avatar:

1) Focus on getting Stamina up from 1600 to 2500 so I can deal enough damage to get Legendary drops and work towards Legendary equipment; 2500 Stamina should be able to get me to 100 M with natural regeneration over 5 days. My avatar spent about 6 years under 500 stamina.

2) Focus next on getting Energy up from 750 to 1000. This is to help out with the huge stockpile of essences and help strengthening my summoned monsters. It has also been recommended to me to go all the way up to 2000 to make use of Full Energy potions, which is not a bad idea. My avatar spent about 6 years under 300 energy.

3) Focusing on the "Gorgon Path" for Legendary equipment. As a FTP avatar, I doubt that I'll be able to get any other legendary equipment in the game, however, given enough time, these are within my reach. Strategy: this is where bringing up my Stamina and Energy come into play. I will be able to summon a monster, strengthen it with my 1000 Energy, and deal 65M in damage with my 2500 Stamina before releasing it to the public. That way I will be guaranteed a legendary drop.

4) Focusing on the Conquest Paths

Retrieved from "https://castleage.fandom.com/wiki/User:RaySchechter?oldid=85628"
Community content is available under CC-BY-SA unless otherwise noted.