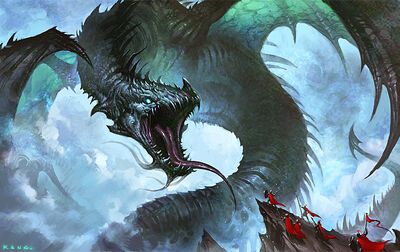 Vorak, Devourer of Skies can be summoned on the Alchemy Summons page if you have the Orb of Vorak, which comes from Land of Mist (IV), Special Mission: Devourer of the Skies,

Vorak has three different areas that can be attacked, each with its own health and resistance:

Vorak has Piercing and Wind Resistance:

Vorak's Main has Divine Armor. This armor requires 330 Divine Power to get full damage, and blocks a maximum of 30% with no Divine Power, degrading by 0.0909% for each point of Divine Power you have.

While fighting Vorak, there are 5 siege weapons that can be launched to deal extra damage.
All Siege Weapons hit Vorak's Main and are unaffected by blocks and resistances.
*Vorak's Main has 650,000,000 HP 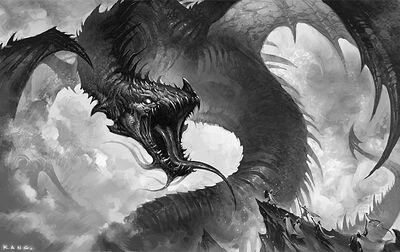 Retrieved from "https://castleage.fandom.com/wiki/Vorak,_Devourer_of_Skies?oldid=86274"
Community content is available under CC-BY-SA unless otherwise noted.