Wraith King has an irregular ability progression when promoted.

Due to the lack of data at higher promotion levels, the ability progression can't be determined above 4* for now.

At level 80, he seems to be getting roughly a +3 percentage points increase in his ability value with each further promotion level.

Wraith King is the first and only hero whose picture changes at different promotion levels. 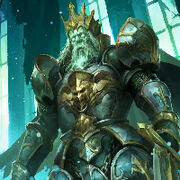 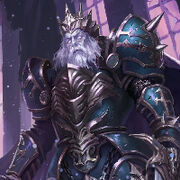 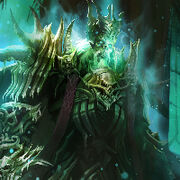 Retrieved from "https://castleage.fandom.com/wiki/Wraith_King?oldid=81602"
Community content is available under CC-BY-SA unless otherwise noted.